Now, before going ahead with this review, I know what some people might be thinking.

“Aren’t you going to give this program a glowing review so people can buy it? You literally have an affiliate link below.”

The answer is a plain and empathetic NO.

Just because I have an affiliate link for something in a review doesn’t necessarily mean I will give it perfect ratings or reviews. I will have a link below if you are interested in Rocket Korean, which I will make a commission from if you purchase it using my link. However, this will not stop my from making an honest review.

I think every language learning program has its perks and its downsides. I believe it is my job to tell you, the reader, what those pros and cons are; and it’s your job as the reader to make a decision based on that. People react differently to different language learning programs. Some are more into full on immersion. Some are more visual learners while others are more audio-based. It’s up to you to make a decision as to what kind of program you will be getting yourself into.

So without further ado, let’s jump right in.

What is Rocket Languages?

Rocket Languages is an online language learning program that was started in 2004 by Jason Oxenham and Mark Ling. Originally starting with a Spanish course, Rocket Languages has expanded to having 26 courses in 13 languages. Their courses are web-based and there is no additional software users have to download, making it compatible with both PC and Mac. Once someone purchases course material from Rocket Languages, they have lifetime access to said material which they can access both offline and online.

They not only have courses in Korean but also languages including (but not limited to) Spanish, Hindi, French, Russian, Arabic and more. Some of their courses have three levels, such as Spanish and French, while others only have one.

What Does Rocket Korean Include?

Rocket Korean only has one level. One level of Rocket Languages courses includes over 120 hours of content, which is how much content Rocket Korean would have as there’s only one level offered.

Each level offers 30+ lessons of interactive audio lessons that are based on native-speaking Koreans’ conversations. In the audio lessons, they offer multiple ways to learn Korean. There’s the main lesson, which basically is like a Pimsleur tape in that you listen and learn. There’s also conversation role playing, where you’re put in a situation and have to speak like you’re talking to someone in Korea (ie going to the grocery store or getting directions). There’s also lesson review and the ability to listen to full conversations without the “chunking” method that Rocket Korean uses.

It also includes an additional 30+ lessons revolving around the basics of the Korean language as well as Korean culture. The language and culture lessons are mainly audio-based.

The course also includes tests throughout each lesson to make sure you reinforce what you’ve learned, which I find extremely helpful. Lord knows how many times I’ve studied something only to forget about it a short time later.

Another cool thing about Rocket Korean is that it has its own voice recognition software (which doesn’t require any additional installation, don’t worry) which you can use to practice your pronunciation. Pronunciation in Korean is pretty important, as it’s quite easy to tell if someone isn’t a native speaker based on little deviations from standard pronunciation. This is called Rocket Record and is only available on Chrome/iOS and Android apps if I can recall correctly.

Additionally, Rocket Korean has flashcards and vocabulary lists that you can go back to later on. As I have said in a previous post, flashcards are a really great way to retain what you have learned, especially when trying to pick up new words/vocabulary.

The program also has points and badges so you can track your progress. Neat!

You can download these lessons and use them on an MP3 playing device, which is super convenient. But of course, if you want to learn from your computer and utilize the other features of Rocket Korean, that’s also doable.

So How Does Rocket Korean Work?

Rocket Languages’ audio lessons utilize what they call a “chunking” method. They break down conversations into smaller segments so it is easier for the user to learn how to speak the language, all while teaching you words, phrases and culture. This not only makes it easier for users to grasp a language but enables them to practice their pronunciation so that they don’t end up having a heavy foreign accent. These audio lessons average to about 25 to 30 minutes each, which makes it more easily digestable.

Other lessons go into the basics of the language and the culture of Korea in depth and cover important aspects of the Korean language like the Hangeul writing system and sentence structures.

Testing, which we briefly covered in the last part, is used to make sure you retain what you have learned. It covers the basics like reading, writing and speaking.

And at the end of each lesson, you get awards and points which can help you track progress.

How Much is Rocket Korean?

Rocket Languages is a bit on the expensive side, as one level costs $99.99 on Amazon.com. However, there is a Rocket app on iOS that is FREE, but they only feature some languages for free. You can also access the features that you purchased from Rocket Languages through the iOS app.

What are the Pros and Cons of Rocket Korean?

– Plenty of content: As I’ve pointed out earlier, there is over 120 hours worth of content you can learn from in Rocket Korean. For other Rocket Language courses which offer more than one level, there’s even more than 120 hours total.

-Chunking method breaks the language into bite-sized pieces: I thought the chunking method that Rocket Korean utilizes was really useful. Even though it ultimately takes longer to learn the basics of conversational Korean, it is better to have a firm understanding of each lesson than to just speed through the entire course without taking the time to better your grasp of Korean. The testing in each lesson also helps users retain what they’ve learned, similar to how Pimsleur makes you recall the phrases they teach you. But the difference with Pimsleur is that this testing is more comprehensive and covers things outside of mere phrases, such as writing and reading.

-Casual vs. Formal Speech: For those familiar with traditions in Korean culture, how you talk to someone is very important. When speaking to your elders, you have to use formal speech or else the person might feel offended. However, casual speech can be used to people your age and below. Formal speech is different from casual speech in terms of what words you use and sentence structure too. Rocket Languages dive into this and make sure you understand the differences between formal and casual speech in Korean. Compare this to the Pimsleur program, which only teaches you the formal sentences in audio form. Of course, there’s nothing wrong with learning and getting the formal Korean speecch right first. It’s good for business trips. However, if you’re planning to come to Korea and get to know the people there, it will be a little weird if you’re only speaking in formal Korean.

– The forum is underused: Rocket Languages includes a forum where students can talk and improve their language skills. However, every time I have gone there it’s been mostly empty. It would be nice if more people used it. Talking to other learners and native Korean speakers always helps improve your Korean skills. But I guess that’s what iTalki is for, which we’ll cover in a later post.

-Only 1 level: Other language courses offered by Rocket feature up to three levels. Korean isn’t one of them. Korean only has one level, which is useful, but there is definitely additional stuff you could learn about Korean culture and language that one level wouldn’t be able to cover.

Overall, I actually found Rocket Korean to be a great language learning course. I would recommend it especially for people who learn through audio, but the course has more than just audio content. It is comprehensive and covers all of the important aspects to Korean culture and language, while offering multiple ways through which you can learn the language from audio to visual.

The best thing about Rocket Korean is that even though they generally guide you on what things you should learn first, you can learn whatever you want whenever you want. For example, the first thing Rocket Korean teaches you isn’t the Hangeul writing system, but you can choose to learn that first if you so desire (I personally would recommend that, as learning how to read and write in any language definitely helps when you’re trying to learn how to speak it).

With Living Language Korean, I would say this is one of the top Korean language learning programs out there. 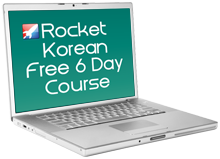 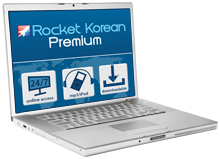